XBox One controllers on a Mac

The XBox One controllers are pretty good controllers, and I like them better than most controllers in the market. Keep in mind though that a controller is of course a very person thing, depending on the size of your hands and what you’ve come accustomed to over time.

Bluetooth – Which controller do you have?

Unfortunately … The old generation of XBox One controllers do not come with a standard wireless way to communicate with your Mac. They solely rely on the proprietary radio signal from Microsoft. Your Mac (or any computer for that matter) will not have the needed transceiver to setup communication. To work with those controllers, you will need a USB dongle, like the ones listed here at Amazon. These are NOT the same dongles as used with 360 Controllers!

Newer models, first made available with the release of the XBox One S, are equipped with Bluetooth, making it much easier to connect your controller to a device wireless (even iOS and Android now support this).

Note that when connected to a XBox One, even these Bluetooth enabled controllers will not use Bluetooth. Instead they still use the proprietary radio signal from Microsoft. From what I understand, because it performs better than Bluetooth. I cannot confirm this, but then again: I’m not a professional gamer either.

Microsoft states that the Bluetooth connected controller may or may not support attachments to the controller, like a keyboard or headset. So your mileage may vary.

If you think this is a little confusing and maybe hard to determine: you’re not entirely wrong.
A nice tiny Bluetooth logo on the controller would have been a nice gesture from Microsoft.

So how do we determine if we have a Bluetooth enabled controller?
There are three ways to find out.

Rule of thumb would be the way the plastic looks on your controller, as illustrated in the image below.

If you see that the top part (face plate) is one big piece of plastic, and this piece includes the big XBox Button, then it is very likely that you have a Bluetooth enabled controller (2nd controller in the drawing).

Note: Interesting observation with this, the already expensive first generation XBox One Elite controllers are NOT Bluetooth enabled (and look like the first controller displayed in the image below). 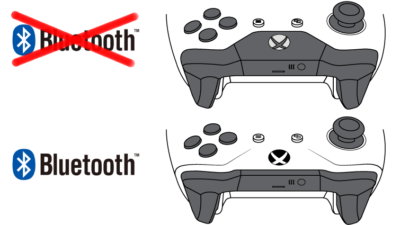 XBox One Controllers – Bluetooth or not

The model number of your XBox Controller can be found in the battery compartment.

Note : Both Elite models have removable paddles, thumbsticks and d-pad.

This information is in part based on the XBox One Controller Wiki page, and on my own findings.

For the models 1537, 1697 and 1698 (original Elite model), you will need a USB dongle or use a USB cable, since these models do not have Bluetooth. The use of a dongle or USB wire may not be supported by macOS – you may need to revert back to the same method described for the XBox 360 controllers (I tried the USB cable with this method and it works).

Please note that the USB dongle (or USB cable) will of course work just fine with the Bluetooth enabled models as well.
But here again: macOS may not support this type of connection. Unfortunately, I do not have the USB dongle, so I’m unable to test if Catalina would pick up on that. The dongle also allows (if I’m reading this right) up to 8 controllers to be connected. The dongle may, if Microsoft isn’t making this up, also perform better, but I cannot confirm this.

See if the Bluetooth on your Mac, sees you controller

This method is an option as well of course, you’ll just have to follow the steps in the next section.
Of course, this works great if the controller is seen right away, but it is not a guarantee that your controller does not have Bluetooth, if it is not detected. I’m pretty sure you figured it out already though.

Connect your Bluetooth XBox One Controller to your Mac

From this point forward, I assume you have a Bluetooth enabled XBox One Controller.
As always with Bluetooth you will have to make sure that your controller is physically relatively close to your Mac – say within a 6 feet range, just to be sure. Also make sure the batteries in the controller have enough juice left, and if you have rechargeables make sure they are properly charged.

Pairing a Bluetooth enabled XBox One controller only works with macOS version 10.15 (Catalina) and newer!

For a while Joystick Mapper was the go-to tool to map Joystick actions to keystrokes – useful for games that do not natively support a controller. This application no longer seems to work with Catalina.

A better, and FREE alternative is Enjoyable – which allows you to make your controller to keystrokes.

Here’s how to do the rest:

Step 1: Make sure that your controller is powered on by pressing and holding the Xbox button (the button will light up). 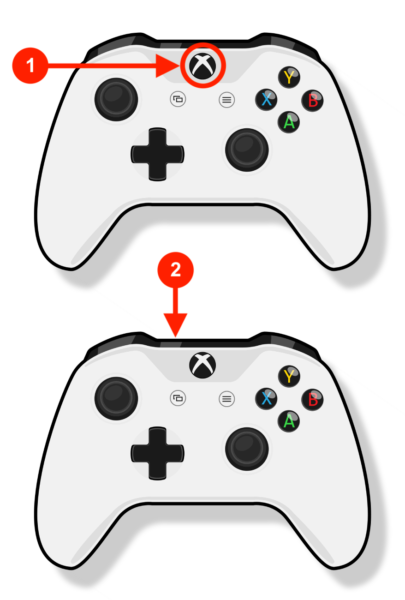 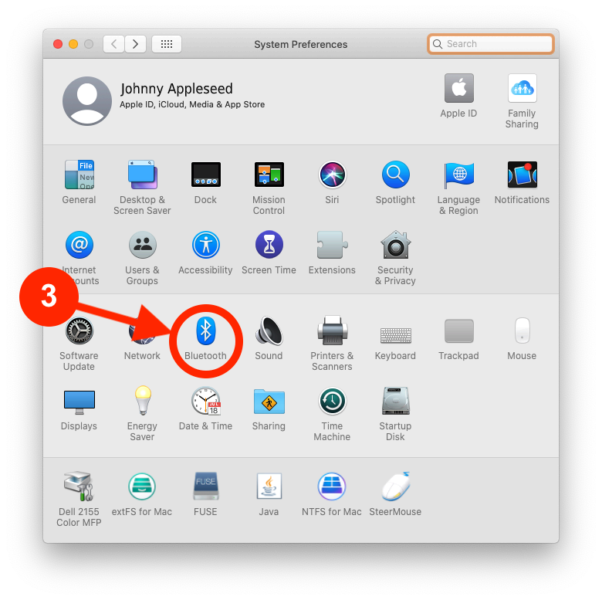 Step 5: Wait for the “XBox Wireless Controller” to appear and click the “Connect” button. If it doesn’t appear: make sure the Bluetooth Window is active, optionally toggle Bluetooth OFF and ON again, and make sure the XBox button on the controller is still blinking. 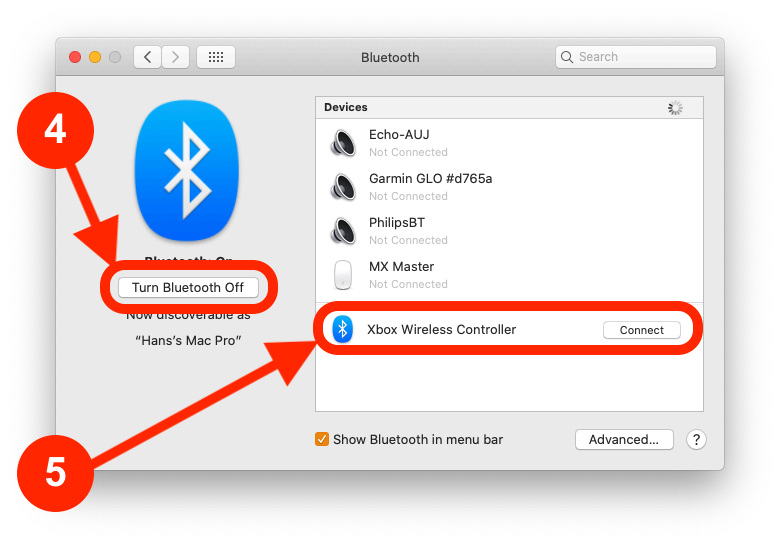 And you’re good to go – the connection will even show you the battery status.

Keep in mind that any XBox One controller can be paired to only one device (computer, laptop, XBox) at a time – which makes perfect sense, since you’ll be playing on one device at a time anyway.
When you’d like to use your controller with another device, you’ll have to pair it again with that other device.