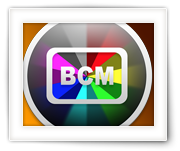 
About this release of Boblight Config Maker

I have posted this release separate from the original article intentionally, as I do not expect to post updates or support for this version. It is a beta version, which I originally did not intend to release, but some helpful folks and v1 users asked me to release it anyway, as it could be useful to some, and it covers some additional features not found in v1.

As mentioned before, this project has consumed way too much time, and unfortunately, this is not my daytime job. So for now this will be the last version, and bug fixes will most likely not be addressed. Feel free to post them though – others might benefit from it and if I find a great sponsor I might pick this project up again.

For Windows and MacOS X users, I’ve updated this version one more time fixing several bugs that have been reported.
The application is probably still far from perfect, but at least I hope that this way it becomes a little bit useful.

The start screen might look familiar, when comparing it to v1, but you’ll find some new features once you start working with it. This version does come with a wizard which is intended to make your start easier.

The configuration options have been extended – more devices are now supported and one can even create templates for a given configuration, which can be reused at a later time. The configuration can be limited to basic settings, but also set to show all options (check the “Preferences” tab for more details). Note that it’s not a bad idea to check out the “Information” tab, which tells more about you some of the basic steps.


For more information I refer to the original Boblight Config Maker article.
Don’t forget … There is an Info tab in the application which should get you started.