How to Flush your local DNS (Mac, Windows, Linux) 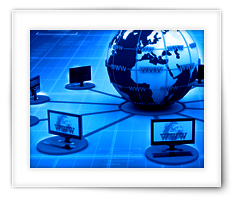 Flush DNS – Sometimes we do run into network issues, and sometimes this is caused by a corrupted DNS cache on your computer.

In this article a quick and easy overview on how to flush the DNS cache on your computer for several operating systems:

What is a DNS cache?

A DNS cache (also called “DNS resolver cache”) is a temporary list on your computer’s operating system, that contains records of all the recent resolved DNS request. A DNS resolve request is basically asking for the correct IP address, based on a network name or address (URL). The idea behind that is that a next request to “translate” a URL (website address, server name, etc) to an IP address, will be much faster.

In other words: Each time your computer needs to look up a DNS entry, the entry is temporary stored in this list for faster retrieval with the next request for an IP address.

Looking up a DNS entry is needed so your computer can link an address (eg. www.google.com) to a matching IP address (172.217.168.196). This way your computer, and the network it is attached to (which may include the Internet), can find its way to said. This typically happens in the background in a way that the user doesn’t even know that this is happening. Resolving a DNS entry is not just for websites or email servers, but also used for device in your local network like printers, a NAS, an IP camera, your router, other PC’s etc.

Now your computer caches that, as said before, but this cache can get corrupted – even though it is relatively rare.

In such a case, your computer may not be able to reach the device or server, and this cache may need to be flushed (cleared).

Flushing the DNS is done differently for each operating system, and can even be different per version of a given Operating System.

For all Windows versions, flushing the DNS is done on the Command Prompt with ipconfig /flushdns.
Accessing the command prompt is per Windows version a little different (you may need for Admin rights as well).

Opening the Command Prompt in Windows

Flushing the DNS under Windows 10 requires admin rights, and opening the Command Prompt is done as such:

In order to flush DNS cache on Windows 7, you need to open Command Prompt as Administrator. Here’s how.

For older Windows versions, the command prompt is opened as such:

Flushing the DNS cache under macOS is quite possible as well.
Check your macOS version by clicking the Apple menu ( ) About this Mac.

We need to execute this in Terminal (you can find Terminal in your Applications: Applications  Utilities Terminal))

Caution: macOS 10.10 Yosemite is an exception in this list, see the next paragraph on how to do a DNS Flush for Yosemite.

In order to flush DNS on MacOS X Yosemite, things get a little odd, especially when you see how it is done in older and newer macOS versions- you will need an admin account (sudo-access)..

In these macOS versions we flush DNS like so:

In Linux, just as seen under Windows and macOS, we will need to execute a command in Terminal as well.

The average Linux user will be very familiar with how to open a Terminal window.
Most will know where to find the shortcut, and with most the following key combination may do the trick as well: Ctrl + Alt + T.

However, due to the sheer amount of Linux variations, your setup may be different. It all depends on what is being used for the DNS caching.
A few commonly used methods are listed below.

Open Terminal and execute one of these command, and press Enter to execute:

Ubuntu is one of the most commonly used Linux distro for desktop use, so here a little more detail for this specific distro.
Note: I’m not an Ubuntu expert, but just thought I’d mention these few that I ran into.

There appears to be no DNS caching, unless you installed something specifically for that. So there is nothing to flush (source).

General thing to try in Ubuntu

In case you’re not quite sure about your Ubuntu setup, then you could try the following:
Open Terminal and type sudo /etc/init.d/networking force-reload  and press Enter to execute.