Lazarus – How to add data to lists with AddObject 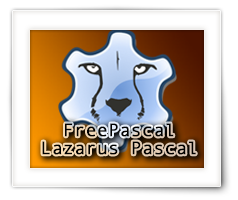 Some components in Lazarus Pascal (and Delphi), especially the ones that have a list of strings, allow you to add additional data by linking an object to a string. The function “AddObject” is often used for this, but it’s also the most overlooked option.

With this option you can link (add) any kind of data to rows in your string list, allowing you to add additional (non visual) data.

In this short article, I’ll show you how you can work with these objects, which allow you to extend the data stored with your lists.

For those who have read this before, or for those that are impatient, a quick and short example which shows it all.

First create your own class (TMyClass);

For each line in the list initialize a variabel of this class:

Destroy the object when done with it, done before deleting a list item:

Now all this combined in an example:

It might not happen often, but you could find yourself in a situation where you want to display, for example, a list of names. However, you’d like to “link” additional data to these individual “names”, but you do not wish the additional information to be in your “list”.

You could of course maintain a separate list or array with your additional data in it, but you’d have to keep it in sync, which can be a pain at times, causing extra work and problems.

This is exactly where the function “AddObject” and “InsertObject” and the property “Objects” come in handy … but how do we use them?
They all expect a TObject, and that’s the part that can be a little confusing at times.

Since I too have struggled with this in the past, I figured: why not write a small article about that ..?

Not every component allows you to add objects to their “elements”.

Typically, this option can be found with components that have “lists” in it, for example lists of strings.

You can think of the visual components TMemo, TStringGrid, TListBox, TComboBox en TRadioGroup.
But this works for the non-visual “components” TStrings and TStringlist as well.
In fact they all inherit this option from the “TString” component.

Save and Load String Lists … not handling Objects!

I’m a big fan of the “SaveToFile()” and “LoadFromFile()” functions offered by these string based lists, and I use it often.

However … when saving or loading a string list, with object attached to it, the object data will not be saved or loaded with it! So you will have to create your own code to save and load the data for objects.

The process of adding Objects

The process, in simple steps:

It’s really a simple process once you know what to pay attention to.

So now that we know a few components that allow adding objects, and what the process of adding and removing objects looks like, then what are those darn “objects”?

In the definition of these functions (AddObject, InsertObject) and properties (Objects), this object is defined as a TObject.
But a TObject on itself isn’t really handy to work with … it’s a “barebones” object, the basis for all other objects.

An Object is actually a simple class you can define yourself. I’ll show you examples of these.

One thing to keep in mind: The “Objects[]” property is an array of pointers to objects, where the index number matches up with the index number of the string, item or line you’ve linked it to.

TypeCasting an Integer as a TObject pointer – not recommended …

I have seen some developers work with type casting, casting an integer for example as a TObject pointer, but this is not a method I can recommend. I’ve done this in the past as well, and it’s probably a bad habit …

Keep in mind that different compiler versions on different Operating Systems, might or might not use a 32 bit pointer.
Not to mention possible error messages you compiler might give.

I’m not against using code that works, but I learned it the hard way myself as well; just use a simple class that takes only a few more lines to create and do it right. I guarantee you that it will save headaches in the future.

How to create your own Object

To create an object, we’re going to define our own “Class” …

Now what is a “Class”?
Simply said: A class is a highly structured data type which is able to contain variables, and functions. Class functions and properties can inherit, or be inherited from, by other classes. Which can save us a lot of work …

Also note that each class needs at least one “constructor“, and just one “destructor“, but … those can be inherited.

Note: When our class inherits properties and functions from a given class, then that given class is called the “parent class“.

Note: When defining a class, without specifying a parent class, the compiler will automatically inherit from the base class “TObject“.

It sounds complicated to work with classes, but it really isn’t once you get the hang of it.

Our newly defined class only holds an integer (SomeNumber) and … this looks a lot like a record, but it’s far from the same!

A record created in a procedure for example, will no longer live outside of the scope of that procedure.

The created object on the other hand, will be accessible outside of the procedure (scope) it was created in.
Granted, the variable name is nowhere to be found outside of it’s scope, but the allocated memory for the object remains in tact and if you have the pointer to that location, then you can access it from anywhere in your program, until you explicitly destroy the object.
Hence the “What you create, You must destroy” comment …

To use this class we have define a variable (newItem) of this class (TMyClass):

After that we need to “construct” (Create) the object, before we can use it:

Working with your Object

And from this point forward we can work with this object – yes, you’ve just created an object! For example:

Since we are reading this article because we want to link additional data to our lists, we’d like to do just that.
For this we can use the function “AddObject” (or “InsertObject), which is really simple.

Say we have a Form and we placed a TListBox on it. The default name of this listbox would be “ListBox1“.

Normally when adding just a string to our list, we would use the “Add” function like so:

As you will probably already know, this will add the string “Test text” at the end of the list of strings stored in the “Items” property of “ListBox1”.

We can do the same thing in a single line, and additionally add our new object to it right away, with the “AddObject” function, as such:

Without objects, you’re used to retrieving the string as such, and even with objects, this is still valid and functional:

Now, the trick to retrieve our object works in a similar way. However, since we stored the pointer to our object as a TObject pointer, do we will need to use typecasting to make the value “SomeNumber” accessible. After all, a TObject does not have our selfmade property “SomeNumber” so we need to cast the TObject as a TMyClass.

Type casting is done as such: TMyClass(ListBox1.Items.Objects[newItemIndex])

Tip: You will see that code completion also works with your selfmade class!

Now let’s glue all this together, and put it under a button (TButton, named “Button1”), on the onClick event:

Keep in mind though: What YOU create, is What YOU must Destroy! So to destroy our object, before we delete a line:

Or before we want to clear the entire list:

Now, you do not have to limit the number of properties to one single variable. You can add as many as you’d like, of any datatype you’d like.

You can even add functions to this, for example for calculations, and expand with more than one constructor, for example to enter some default values under certain conditions. Working with functions in this setup is a little outside of the scope of what I’d like to describe here, so I’ll leave that for you to play with.

We’ve looked at an example using a TListBox, but as mentioned before, there are other components that allow adding objects.

I’ll list a few examples below, but there are more components that support adding objects.
Most of them work the same (ListBox, ComboBox, RadioGroup), some have a slightly different name (TMemo uses “lines” whereas TListBox uses “items”), and a StringGrid requires you to provide a Column and Row number and cannot set the text and add an object at the same time.

Non visual classes like TStrings and TStringList work in the same way.

Tip: Check if an Object exists

If you want to make sure an object exists, then you can verify that as follows.

Example how things can be done with minimal Code impact

This is just an addition to this article to show a quick and maybe dirty trick to assign for example an int64 as an object:

Adding As an Object

Reading the Value back at a later time

We have to clean up once we remove the item from (for example) the said TListBox, and in a simple line this would be:

Or we can clear the entire list at once, where you’d once upon a time would have used