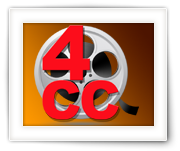 For the veterans amongst us, we all know FourCC Changer from fourcc.org, a small utility which allows you to change the video stream Four Character Code that identifies the codec used to compress/store the video stream.

If you’ve used it before, then you will know that it’s a nifty little Windows program that can be used as a last resort when AVI files do not playback. Since FourCC Changer only exists for the Windows platform: here a free version for Windows, Linux (32 and 64bit) and MacOS X (intel).

This application also support batches, offers a backup function and is very fast even for files in network shares.

Before you being using this kind of application, please be aware that changing the FourCC does not suddenly convert a video stream to another format. It only tricks your media player to believe it’s another codec/format.
Therefor: only use this when you really know what you’re doing.

More information on FourCC can be found at:

I originally created this app for MacOS X, but recompiled and tested it under Windows and Linux as well.
You can download the latest version here for your Operating System for free:

I’ll just assume you know why you want the FourCC code of your AVI file(s), so I won’t go into that too much, but these are the basic steps to use AVI FourCC Fix. First thing to do is to add files to your list by either using Drag and Drop or by clicking “Select Video Files“. You can add multiple files at once, or when you use Drag and Drop, you can even add an entire directory – all the AVI file(s) found in the directory and it’s sub-directories will be added automatically.

Your selected files will appear in the list on the right.

Warning – Original files will be modified!

Please be aware that the original files will be modified. Making a backup before doing so is highly recommended!

Optionally, you can use “Make a Backup” to automatically have a backup made of all files in your list. The same filename will be used with “_bak” added before the extension, so example.avi will have example_bak.avi as a backup file.

The next step is to enter your current FourCC and the FourCC you’d like to replace it with. You’ll notice that the drop-down already provides a long list of “common” FourCC codes. Also keep in mind that the FourCC code is case sensitive!!

The “Fix QNAP Recording” button will automatically fill in the FourCC requirements for those who use this application to fix their Surveillance Station recordings.

The button “Change FourCC” will, for each file in the list, look for the current FourCC you entered and when it finds it, replace it with the new FourCC code. This process will be very fast, even if your AVI files reside on a network share.

Please keep in mind that the new FourCC cannot be longer than the old FourCC code. So if your FourCC code was “RLE” then you cannot change it it “DIVX” (not that this would make any sense anyway).