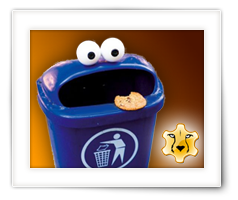 In this short article I’ll show how I implemented a cross platform (Windows, Linux, macOS) function for Lazarus Pascal to move files or directories to the TrashCan or Recycle Bin.

Since it took me some figuring out, I figured; why not write it down so others may benefit from this as well.
For your convenience: You can also download the Lazarus Pascal unit here, which holds the function for macOS, Linux and macOS.

How a computer TrashCan works

The objects (files/directories) you’d like to delete are simply moved to a specific directory on your computer.

Sometimes this is a standard or commonly used directory which may or may not be by the Operating System.

Besides just dumping the object in that directory, certain systems maintain additional data so a restore from the TrashCan can be done.
After all: just moving an object into a TrashCan doesn’t tell the system where it originally came from – in case the user asks to restore the object to its original location.

Security – A TrashCan should be private …

For security and privacy reasons, the TrashCan or Recycle Bin should be accessible only by the specific user.
You would never want other users to have access to your Trashcan and have them dig through your Trash, and make private matters public.

The TrashCan is often only used in the graphical interface of your system.
Deleting files or directories in a Shell or Terminal window will usually not be using the Trashcan.

Move objects to the macOS Trash

With recent macOS versions, the Trashcan can be found in the user’s home directory:  ~/.Trash

So we could do a move manually, but we don’t have to … the macOS API has a function for that: I have used the recycleURLs:completionHandler:.
Obviously we will need de macOS units, but we also need to tell the Free Pascal compiler to switch to ObjectiveC mode.

Since the recycleURLs function does not return a result, unless we create a callback function for that (replacing the nil parameter), making this too complicated for this article. We will just assume it worked.
Checking if file or directory has been removed is not very reliable either, since the recycleURLs function works async, so the file or directory may be removed at a slightly later time. So a check wouldn’t work.

Windows, since it is a Microsoft product, has changed the location of the Recycle Bin directory over the years (this CCleaner article is a good read).

You’d expect  C:\$Recycle.Bin to work for Windows 10 as well, but … it doesn’t.
This honestly makes sense, since a Trashcan should be based on the user and not on a single disk drive.

The good thing I found though is that Windows does have an API call for that and in the Lazarus Forum I found a super helpful post by a user aSerge handling this just fine for me.
It uses the function SHFileOperation Windows ShellAPI and supports both Files and Directories, so we’d need to include the “ShellApi” unit in our uses clause:

Move objects to the Linux TrashCan

Linux doesn’t seem to have a standard location or API call for using the Trashcan, although there is an “official” TrashCan specification which most distros actually follow.
With the freedom we can find in Linux, this may or may not be implemented, in part or completely, based to these specifications. I suppose this is the strength and achilles heel of Linux.

The specifications suggest reading the value of the environment variable “$XDG_DATA_HOME“, but from experience I found this variable to be missing too often.

If anyone is aware of other directories, then please let me know by posting a comment below, so I can add it to the list.

So to create a function for Linux as well, I followed this approach:

I’m pretty sure someone will blow up over this approach, but please feel free to let me know if you have a better idea or approach. I’d like to learn as well

If the file already exists (since you deleted a file with the same name before), a digit will be added to distinguish them and not overwrite them.
This applies to the “files” directory and the “info” directory.

The number is basically following this pattern: example.doc, example.2.doc, example.3.doc, etc.
You may have noticed that the first one does not have a “.1” and this is intentional.

Note: the original name is an escaped URL formatter string, so for example a space is replaced by a %20, like we see with URLs.

Not all Linux Distros observe the .trashinfo file!

Even though the .trashinfo files are supposed to be observed to help restore files in the TrashCan, not every Linux distro observes this.
For example, LinuxMint 19 (Cinamon) totally ignores it and may rely on a custom file found in “gvfs-metadata”.

My unit will ignore oddballs like that and the user will have to manually drag the file or directory out of the TrashCan.

Now since we do not have a clean method/API call, I’ve created this approach:

So all these steps make the function a lot bigger than the ones we have seen for Windows or macOS as you can see below:

I’d honestly would expect this to already exist somewhere, somehow, … but I for sure could not find it.
So here you can download my unit to covers Windows, Linux and macOS, for moving files or directories to the TrashCan, Recycle Bin, Bit Bucket, or whatever it is called.

I’m sure there is plenty of room for improvements; please feel free to post them in the comments below.


©2000-2023 Hans Luijten - Tweaking4All.com
Content may NOT be reproduced without explicit permission of the author(s).
You can contact us through the "Contact Us" form.
Linking to our page(s) however is very much appreciated.