MacOS – Create a “Sleep” Keyboard Shortcut on a Windows Keyboard 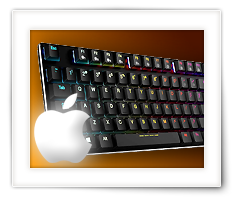 Some of you may be familiar with the problem … no sleep button on your keyboard.

You have a really nice Mac, but you’re using a Windows keyboard since there is no MacOS keyboard that you really like.
I’m using a keyboard from Havit (you can find it here).

One of the things I hate about this setup is that I have no key or key-shortcut to put my computer to sleep.
When you look at the Apple reference, you’ll only find keys that cannot be found on your Windows keyboard, like the Eject key, or the Power key.

So in this article, I’ll show you, without the use of special software, how I have created a keyboard shortcut to put my Mac Pro to sleep, using a Windows keyboard. 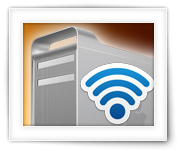 I just installed a WiFi card in a Mac Pro and thought I’d share the ease of installation on my website. In my case, I installed it in my pride and joy, a 8-core Mac Pro 2008 model (Mac Pro 3,1) which kicks ass, but it works on newer models as well. As long as it’s a a model before the new late 2013 model (the fancy trash bin).

For this WiFi upgrade I used the Apple MB363Z/A Airport Extreme Wireless Upgrade Kit, found at Amazon new for $25, which MacOS X recognizes instantly – so no need for crazy drivers and weird WiFi apps. The Mac Pro, made out a metal alloy, has two build in WiFi antenna’s and this setup will pick up on 2.4Ghz and 5Ghz WiFi (if the same card is being used).