Windows - WALTR - Get Media to iOS without iTunes

WALTR – Video, Music and RingTones to iPhone or iPad without iTunes (Windows) 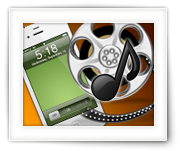 Some of you might have read one or the other article at Tweaking4All, related to moving Audio and/or Video files to your beloved iOS device (iPod, iPad or iPhone) without the use of iTunes. Not many of us like iTunes, and that includes me.

As a response to one of these articles, one of the Tweaking4All visitors recommended WALTR, a new application available for the Mac OS X and Windows platform, which allows copying music, ringtones and video files to your iOS device without iTunes.

As usual, I was pretty skeptical as we have all seen too many of these “miracle apps”, especially when they are not free.
WALTR is not free either and initially, $29.95 sounds pretty steep for such an application, but I promise you: it’s worth it! It makes transferring audio and video to your iOS super fast and super simple.

So if you frequently want to transfer audio and/or video files to your iOS device, then I can highly recommend this application!
If you want to do it only once or twice, then at least consider using the free trial version.

In this article I’ll discuss the Windows version, and will give you a quick overview how to get started, and what it does and does not do, and some tips and tricks that might be helpful. I did write the same article for Mac OS X as well.

So what does WALTR offer?

WALTR is a simple drag-and-drop style application, available for Mac OS X and Windows, which allows you to transfer most common Video and Audio formats to your iOS device – like an iPhone, iPad or iPod. It even supports Ringtones (more about this later, you’ll need a M4R file for that, which is in essence a M4A file, just with a different extension).

I’m pleasantly impressed by how well WALTR works and if you’re frequently transferring files to your iOS device then I can highly recommend it. Occasional users and users not yet familiar with WALTR can start by using the Trial version which is not crippled like some of the other goofball tools.

WALTR is so easy to use that I’m actually a little embarrassed that I’m writing article about it … what am I supposed to write? Install, start and drag and drop … that’s really all there is to it …

I had to find out the hard way that WALTR does not (seem) to work well under Windows XP.
I recommend you use Windows 7 or newer when trying WALTR.

Please keep an eye on the WALTR FAQ page on the Softorino website, you’ll find some interesting information there as well …

Getting Started with WALTR

Getting started with WALTR is easy. Installing WALTR is easy, and obvious, but I’ll go through the steps anyway.

Please keep in mind that you can use the free 14 day trial, which is a fully functional version of WALTR. I highly recommend starting with that. If you’r an one time user, you’ve transferred the desired files and be done with it. However, if you’re a frequent user, you’ll be sold on this application in no-time.

You can download the free trial version from the Softorino website.
Keep in mind that this is also the full version, once you’ve entered your registration info.

Once you’ve completed the download, run the .EXE file by double clicking it.

The installation under Windows takes a few more steps than under Mac OS X, but it’s still easy and straight forward. Just follow the instructions. The screenshots below are Windows XP based, but Windows 7, 8, and 10 will look similar. Obviously I made these screenshots before I found out that it didn’t work well under Windows XP. Please use Windows 7 or newer. WALTR – Just use the standard install

You can customize your setup, but I’d recommend against that and slimply click “Install Now“.

Depending on your computer setup, WALTR might need to install the Microsoft Dot Net Framework 4.0. Just follow the instructions.

If your computer did not have Dot Net 4.0 installed, then just follow the instructions and once Dot Net installation completed click “Install Now” again on the previous WALTR screen so installation starts. Once WALTR starts, you will get the (usual) initial security warning. Just click “Run“.

At teh first run WALTR will need to install a driver, which it downloads automatically.

Once installed the following screen appear, which you will see ach time you start WALTR: I did not see the intro video that came with the Mac version, but maybe that’s just because this is one of the earlier version for Windows. In the Mac video you’re asked to disable “Auto iTunes Sync” – which might happen under Windows as well if you have iTunes installed.

Once you’ve completed these steps, connect your iOS device.

A message might appear on your screen, saying “Please stay patient, the pairing process might take a while…“. Which it did under Windows XP – and it stayed that way. After waiting a long time, I decided to reboot into Windows 8.1 and there the message didn’t even appear.

WALTR will ask you to tap the “Trust” button with the “Trust This Computer” message on your iPad, iPhone or iPod.
Note that you’ll need to UNLOCK your iOS device before you can “trust” this computer or even see the message. Tap the “Trust” button on your iOS device

Once you’ve tapped “Trust“, all is good and WALTR will be ready for drag and drop of your Music, Videos and Ringtones. WALTR – Ready for Drag and Drop

If you have a WALTR license, then this would be a good time to register WALTR (menu: “WALTR”   “Registration“).

WALTR Supported Audio and Video Formats for transfer to iOS

The following formats are support at the time of writing this article. A conversation with Josh however made clear that Softorino plans to add support for more formats in the future … so definitely stay tuned!
The only thing I’m missing so far is pictures and PDF’s – hopefully Softorino will implement these in the near future.

The following file formats can simple be dropped on WALTR, conversion (if needed) will be done automatically and so called lossless codecs will remain lossless (converted to ALAC).

In contrast to Android phones, iOS only supports M4R as a file format for ringtones.
If you have a ringtone in MP3 format, then you’d have to convert it to M4R first.

Tip: How to Convert almost any Audio file to M4R

To convert an audio file, for example a MP3 file, to an M4R is relatively easy. Unfortunately Windows does not come as well equipped as the Mac, but there are plenty online conversion services that can be used for free, for example ZamZar. The ZamZar service can convert MP3 straight to M4R …

Tip: Where to get Ringtone for free ..?

A good website to find pretty much any ringtone you can come up with is Zedge.

For videos (Movies, TV-Shows, home made movies), the following formats are supported.

About 4K and Subtitles …

Tip: Convert DVD or BluRay to your iPad/iPhone

If you’d like to copy your DVD or BluRay movie to you iPad, then we recommend using HandBrake or MakeMKV to “rip” it first to an MP4 or MKV file – for this we have several guides at Tweaking4All:

Transfer Video, Music or Ringtones to your iOS device

Simply grab your media file and drop it on WALTR. Transfer is very fast and if conversion is needed, then that happens very fast as well.

You can drop multiple files at once, and they do not even ned to be of the same kind – for example: drop a ringtone, music and a video all at once. WALTR handles it like a champ!

All files will be sorted properly on your phone. Just keep in mind that if you’d like to use an MP3 as a ringtone, that you first need to converted it (as described above) to an M4R file. Some screenshot can be seen below. WALTR completed the upload of a Ringtone WALTR is showing artwork, if available, during upload How to add Subtitles to your videos?

Well, WALTR allows you to do this in 2 ways …

One option is by dropping at the same time, the video file and the SRT file (or ASS file), which both should have the same or very similar name, on WALTR. Obviously, it’s hard for WALTR to guess the language of the subtitle when you do it this way.

Note that Dropping multiple subtitles will not work … and uploading a subtitle later does not work either – you’ll have to drag them on WALTR at the same time!

The other and better option is when a subtitle is already embedded in the video file, which is not uncommon amongst MKV files. Simply grab the file and drop it on WALTR. Where will I find my files on my iOS device?

As you may have noticed: once WALTR completes a transfer, it will show an icon indicating in what application you can expect to find your media file that you’ve just uploaded.

Audio/Music can be found in the “Music” app on your iOS device.

Movies/TVShows/Videos can be found in the “Video” app.

Ringtones can be found in your settings menu (“Settings”   “Sounds”  “Sounds and Vibration Patterns“).

I started as a skeptic and I’m totally sold on WALTR …
I can highly recommend it … It’s easy, fast, and supports everything I need.

Too bad it didn’t work well under Windows XP, which could be my fault, or simply because Windows XP has been globally dropped in favor of the newer Windows versions. Something we all can live with, I’m sure …

Now, again, if you’re a one time user $29.95 might sound steep. And maybe it is.
However, if you frequently want to upload media files to your iOS device(s) then it’s more than worth it.
The application feels very solid, looks very clean and does what is advertised … fast!